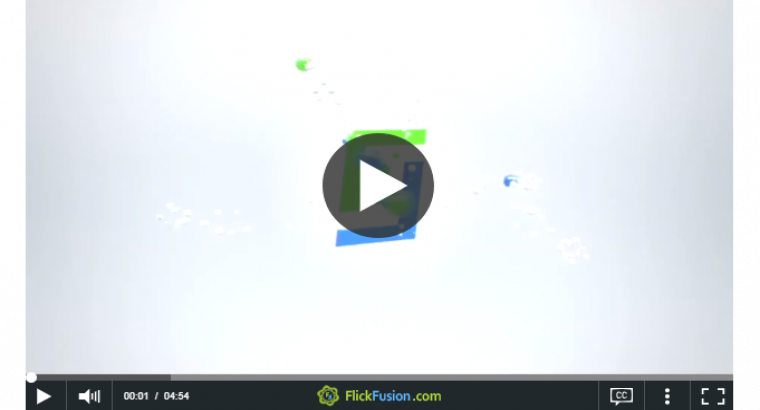 Lehel Reeves shares three types of video responses to send to your customers that can increase show rate and lead conversions.

While the consumer’s car buying journey can include upwards of 24 touchpoints, there are some particular milestone moments in that journey that can define and direct their actions. These moments are covered in a report recently released by Google’s Automotive division, “The 5 Auto Shopping Moments Every Brand Must Own.” The report states that the key moments within a car buyer’s path that every brand must be aware of and present for are:

To truly make an impact on these shoppers throughout each stage of the car buying process, dealers need to have content which appeals to buyers, that makes those buyers desire to take action, and that helps lead them down the road to their dealership. At each stage in the process, dealerships compete for consumer eyeballs. While some dealers will rely on stock information for their vehicle descriptions, others may actually take the time to write custom comments. Some will have a limited number of photos of a vehicle, while others may include 40 or more. The problem is that, to the consumer, every vehicle is almost always one of many in a list that’s typically sorted by price.

So, you can you differentiate your Honda Civic from the thousand others for sale in a market?

Statistics show that we remember 20 percent of what we hear; 30 percent of what we see; but a whopping 70 percent of what we both see AND hear. The more of a customer’s attention you can grab, the more likely that YOUR vehicle will catch and hold their attention. Descriptions alone can’t achieve this. You’ll be lucky if they even read the whole thing. And forget about a customer flipping through 40 photos. Chances are that they will browse through a few before abandoning that VDP and moving on to the next one. And the next one may or may not be yours. The only way to maximize your shot at attracting and keeping interest is through a combination of sight and sound – and that’s where video comes in.

Video has the unique power to tell stories. Whether those stories are about the vehicle, the salesperson, the dealership, or a plethora of other topics, no other medium is as powerful.

With video, you can tailor your story to a specific person. Few marketing tools have more influence on a car shopper than a vehicle video walkaround, specifically made for that customer. Think of how much more effective an e-mail response is that contains a personalized video greeting, over the multiple canned email responses they probably receive from your competition.  Consumers aren’t stupid. They realize that these type of e-mails are not authentic responses to their inquiries. Chances are that just about every one they receive from multiple dealers contain very similar messages. Video will give your dealership the edge. The consumer can very quickly see that they have received an authentic response. And that the salesperson, or BDC rep, took the time to make a video specifically for them!

It’s time to up your game. Make an impression that is meaningful, authentic and personalized.

In my session at the 20th Digital Dealer Conference & Exposition, “The Four Best Ways to Use Video: Learn a Video Marketing Strategy that Sells,” I explain just how crucial video marketing is to a dealership’s success. I will also talk about the importance of having an identified, measurable and scalable video marketing strategy. While video content doesn’t have to be difficult to produce, there is certainly more to it than simply running out and buying a camera. Join me in my session and you’ll leave knowing how to leverage the power of video to sell more cars.

General Manager Eric Ideman said it was a response to two trends:

•  His customer base along the central coast is heavily Hispanic, with many speaking only Spanish or preferring to communicate in the language.

“We have lot of people searching [for cars] in Spanish,” Ideman said. “We wanted to make sure they could get their videos in Spanish, too.”

Hispanics account for an increasing percentage of car purchases nationally, causing dealerships across the country to reassess how they market to the demographic, according to Eley Duke III, vice president of Duke Automotive (Chevrolet-Buick-GMC-Cadillac) in Suffolk, Va.

The videos at Coast Nissan and sister store Coast BMW appear as links on the Web pages of specific vehicles. They are for new and used vehicles. And they are either vehicle walk-around videos or a series of still photos spliced together with voice-over.

Duke said the area has a small Hispanic population nearby. But, he said, he added Spanish-language videos in December to the inventory he shows on the dealership website and social media feeds because he doesn’t want to lose a single sale to a language barrier.

Duke, like Coast Nissan, added the videos at the recommendation of one of its digital ad agencies, ZMOT Auto. The agency recently announced a deal with inventory video maker Flick Fusion to provide Spanish-language voice-overs to Flick Fusion’s videos.

In 2014, Hispanics accounted for 12 percent of retail vehicle registrations minus fleet and commercial vehicles, according to IHS Automotive. The number was 9.3 percent in 2010, according to Marc Bland, IHS Automotive vice president of diversity and inclusion. “If an automotive brand is looking for growth, there’s no better place to look than the ethnic consumer — with Hispanics leading the way,” Bland said.

Duke said video-watching also is on the rise among car shoppers. “Videos are such a big part of a visual society,” he said.

According to Google’s “Digital Drives Auto Shopping” study published in November 2013, more than half of auto shoppers watch 30 minutes or more of video during their shopping journeys. Moreover, one in four watched an hour or more, the study found.

In recognition of those trends, Coast Nissan is offering all of its online inventory with videos in English and Spanish, Ideman said.

The store is not as close to heavy Hispanic foot traffic as some competitors, he said. So Coast Nissan also is ensuring that its paid search ads, blogs, chat and website content are in Spanish, too, so those customers can find and interact easily in either English or Spanish, he said.

It isn’t good enough, Ideman said, to get an online lead or phone call from Spanish-speaking customers and make them wait for a response until the store can get a bilingual salesperson to contact them.

“People want an immediate response, or they go away,” he said.

Coast Nissan sells about 80 vehicles per month split evenly between new and used.

Of the store’s six salespeople, four are bilingual. And so is Coast Nissan’s finance director, who is responsible for closing deals in finance and insurance.

Ideman said, “We want to hold them all the way through the transaction.”

In this high tech age, there are numerous tasks that an Internet or eCommerce Director has to tackle in order to correctly market their dealership and its inventory. In the past, you were doing a great job if you were writing custom detailed vehicle descriptions and taking multiple photos of your pre-owned vehicles. You were a superstar if you were also doing these things for your new vehicles. Then video entered the picture. Some dealers embraced video and used data feeds to syndicate video, vehicle descriptions and photos to their website and other third-party sites. Forward thinkers also uploaded the videos with proper tags and descriptions to YouTube.

However, with the fast pace of advancing technology, the number of consumer touch-points keeps growing and it has become an almost overwhelming task to keep up and still try to sell cars.

But one thing hasn’t changed, the key to a successful marketing strategy is getting the right content, in front of the right shopper, on the right touch-point, and at the right time of the buying cycle. The more exposure you get for your content, the more impact that content is going to have on your sales. Content that’s not seen is worthless.

I remember a story from not too long ago about one of the largest volume dealers in the world. This dealer was manually uploading their inventory to their website and every third party website for over 10 stores – one by one – daily. They chose to pay someone $100+ per DAY, rather than use automation and data distribution technology to accomplish the same task at a cost of just $150 per MONTH.

I’m starting to see a lot of this same mentality today with video. Many dealerships have gone out and purchased some great video production tools, and are doing a great job producing some very good video content. They are then manually uploading their content to YouTube and manually embedding links on as many touch-points as they have the time and ability to do so (not all touch-points allow a manual upload). They would rather invest hours of their time to manually place their content on fewer touch-points, than use automation and data distribution technology to accomplish the same task (with more touch-points) for just a couple hundred dollars a month.

I believe that many dealers, managers and Internet directors understand the importance of having their dealership and inventory positioned properly and in as many places online as possible. The problem I see is two-fold: They either don’t understand that technology exists that could transform their Internet marketing and sales without putting an undue burden on their staff. Or they don’t believe that the investment in this technology will produce results.

I can guarantee you this. If you’re simply doing it for the sake of doing it, you’re wasting your time. If nobody sees the content you create, it might as well not exist. The fact is video is “content,” just like any of the other “content” that you utilize to market your dealership and inventory. You don’t spend your day manually cutting and pasting your other content on multiple touch-points all day long — manually uploading photos, and manually writing vehicle descriptions over and over. Why on earth would you try to manually manage your video syndication when producing the content can be time consuming enough.

If you focus your efforts on ensuring that you have great video content, and then utilize technology to get that content on as many of the sites consumers view in the car buying process as possible, then you will be significantly more likely to have the right content, on the right touch-point, in front of the right consumer, at the right time of the buying cycle. This is the only thing that’s going to engage more shoppers and increase sales.

Nike’s old slogan of “Just Do It” needs to be revised when applied to successful marketing strategies today to “Just Do It Right.”